Remembering Those Who Served

I awoke this morning thinking of my dad, my granddad, and other family members who served our nation. As I think about these everyday heroes who are no longer with us, I want honor and thank them and all of the other men and women who sacrificed to defend this country and its citizens.

I am grateful to these amazing people who loved me and helped me to become the person I am today. I am also deeply humbled knowing that those who lived generations before cared so much for their families and those of us who were yet to be born. Their willingness to sacrifice preserved the future for us all. So… Thank you… Thank you for your service. 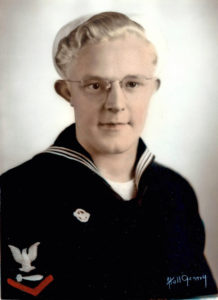 My dad served in the Pacific Theater as a Torpedoman’s mate. After graduating from high school, he entered the U S Navy in late 1943. He trained in San Diego in the Submarine Corps and was later stationed in Pearl Harbor. 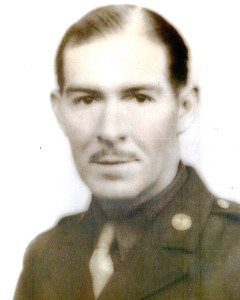 My maternal grandfather served in U S Army Air Forces in World War II. He attained the rank of Staff Sergeant as an aircraft machinist. He entered service in 1942 after the attack on Pearl Harbor and was stationed in Liverpool, England for the duration of the war. 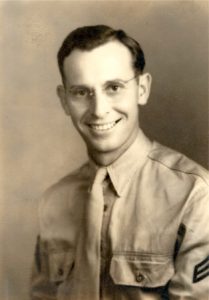 My husband’s father, Burnice, enlisted in a Field Artillery unit of the Oklahoma National Guard in 1940. From 1942-45, he served in the Pacific Theater and fought in the Battle of Kwajalein. He was later awarded a Bronze Star for his service in the occupation of the Marshall Islands. 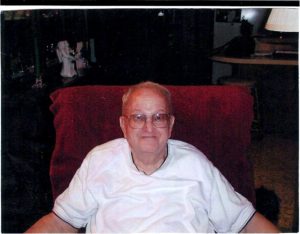 My step-father served in the U S Army during World War II and Viet Nam. Bill enlisted in the Army in 1942 and was stationed in England. As a member of the 80th Infantry Division, he was among those brave men who stormed Omaha Beach on 06 June 1944, D-Day. During his service in Viet Nam, Bill was wounded and was later awarded a Purple Heart.

And finally, I would like to honor the memory of an original and true patriot… 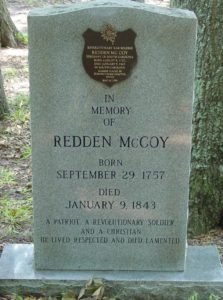 Redden McCoy was my 4X-great-grandfather. He was born in South Carolina. His record of service to our fledging nation is detailed in the Roster of South Carolina Patriots in the American Revolution. 1 He took part in the Battle of Briar Creek and the sieges of Augusta and Savannah. Redden later volunteered to serve with Capt. John Neilson and Col. Francis “Swamp Fox” Marion. As a member of this group of “guerrilla” fighters, he was involved in numerous  battles and skirmishes that eventually succeeded in driving British forces into retreat.

AUTHOR’S NOTE: Information regarding my family members’ service in World War II is included in the National World War II Memorial Registry. I encourage you to visit the website and search the online database for your family heroes.

One Reply to “Honoring Our Family Heros”