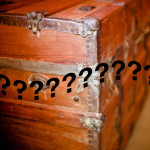 Discovering that Robert Lee Marshall was also known as Don Sroufe was a stunning revelation for me and my family (see The Elusive Robert Lee Marshall). But after reading the entire divorce file, I felt a deep sense of sorrow for both my dad, Alton Jackson Marshall (1925-1984), and my grandmother, Lillian Florence Howle (1902-1994).

My heart ached for my dad because he had lived his life knowing very little about his father. As I described in an earlier post (see In Search of My Father’s Father), my dad was in his mid-40’s before he learned his father’s name was Robert Lee Marshall. But that name was a fake name. So the sad reality is that my father died completely unaware that his father’s real name was Don Sroufe. I sometimes wonder how my dad felt about his absent and mysterious father. Did he yearn to get to know him? Or just wish that he could have had a chance to punch him in the gut?

Protecting those you love

The sordid details revealed in the divorce file deepened my sorrow for Grandmother Marshall. But they also strengthened my respect for her and the tough decisions she was forced to make in a time when a divorced woman with a child remained a societal stigma in rural Oklahoma. Angry tears came to my eyes when I read the following:

And then, there in the final paragraphs, another bombshell was dropped:

“The court further finds, that of said marriage, one child, Robert Lee, was born.” 2

One child, Robert Lee? Wait! My father’s birth name was Robert Lee Marshall and not Alton Jackson Marshall? He was given a con man’s fake name. That detail alone told me volumes about the character of Don Sroufe.

No wonder my grandmother had buried these divorce papers and that part of her life along with them so deeply inside her trunk. Robert Lee Marshall, known as Don Sroufe (or whoever he truly was), had treated her and my dad most cruelly. Now, the bits of stories that my grandmother had divulged to me not long before she died finally made sense. This swindler and con man had taken her money, ruined her reputation and then deserted her and his newborn child. When he left, my grandmother said that she became very ill. She was utterly desperate, totally alone and completely penniless. She told me how she cried in despair while frantically wondering how she was going to care for her infant son. Grandmother had kept all of this pain and sorrow locked up inside in order to protect all of us – my dad, herself, and later, my mother and me – from this cruel man. She had resolved to never let him hurt anyone she loved ever again.

The dawn of new understanding

I am amazed and grateful to have found this brief two-page document. While this divorce file had shed light on long-held family secrets, it had also triggered many more new questions. It was, however, a crucial component in helping me to begin to understand why my grandmother had so fiercely guarded the secrets around this tragic chapter in her life. This knowledge has strengthened the bond that I feel for my Grandmother Marshall and has deepened my admiration for her as a woman. There is so much to tell about her life before and after her encounter with Don Sroufe that I will save those remarkable stories for future blog posts.

The discovery of this document also presented me with an opportunity to learn more about who I am by unlocking a whole new branch of my family. Now I had a name, Don Sroufe, and I knew his age (25 years) from the marriage license. This was all of the information that I needed and what inspired me to join Ancestry.com .

In the past two years, I’ve learned more about “known as Don Sroufe” (or whoever he was). Most of what I found out about him didn’t make me particularly proud to be his granddaughter. But it does provide lots of material for more family stories.